Suitable to be mounted around towers with large cross section

The 700 MHz clearance programme poses a challenge in terms of masts and antennas that cannot be solved with “standard” wrap around designs, being these antennas narrow banded, thus inadequate as to performances in dealing with both pre-clearance and post-clearance channels.

No need to say that also temporary masts are not the ideal solution because of high implementation cost and long time to deploy.

The birth of the ‘broadband’ antenna idea

To overcome this situation, our engineers started to consider ways whether a non-banded or ‘broadband’ antenna could be designed to alleviate this situation. The installation of such an antenna would allow both pre- and post-Clearance channels to be accommodated. This would also make it possible to avoid loss of antenna redundancy (except during the relatively short period of each antenna installation) and, most significantly, reduce the requirement for temporary masts. This type of solution would significantly minimise the scope and complexity of the programme and increase the likelihood of achieving Clearance by May 2020.

Our engineers first discussed the concept of Broadband antennas with potential suppliers at the International Broadcasting Convention in 2015. The initial reaction was as expected; limitations of panel technology and physics was cited as the reason why an antenna with acceptable performance over the entire channel range (21 -60) could not be achieved. At that time, it seemed that either compromised antenna resilience or a significant number of temporary masts were inevitable. However, the idea was not dead. Our antenna suppliers started to develop ideas and soon realised the difficulty of the task – particularly because the time did not seem to be available to try, test and develop a product that could be deployed to meet the timescale requirements of the 700MHz Clearance Programme.

After eliminating several potential solutions, Sira came up with the seed of an idea which might just solve the problem. They worked with the University of Milan to develop an Innovative Broadband antenna solution with theoretically astounding performance.

A prototype was constructed and range tested at the Sira facility near Milan and the measured results perfectly matched the theoretical analysis – the Broadband antenna had become a reality.

This innovation has significantly changed the scope and complexity of the 700MHz Clearance Programme. The advent of the broadband antenna allows support of both pre- and post-clearance transmissions on a single antenna and avoids prolonged periods of compromised antenna resilience, minimising risk to DTT services and reducing the requirement for temporary masts.
The first Sira Broadband antenna has recently been successfully put into operation at Mendip and Alan Dick, Kathrein and RFS have also now developed their own products. We’re proud to have inspired this innovation, and grateful to our suppliers who have helped advanced antenna technology which, in turn, has significantly simplified the 700MHz Clearance Programme. As we enter an important stage of the project, we will continue to look at and develop innovative solutions to aid the successful delivery of this critical national infrastructure programme. 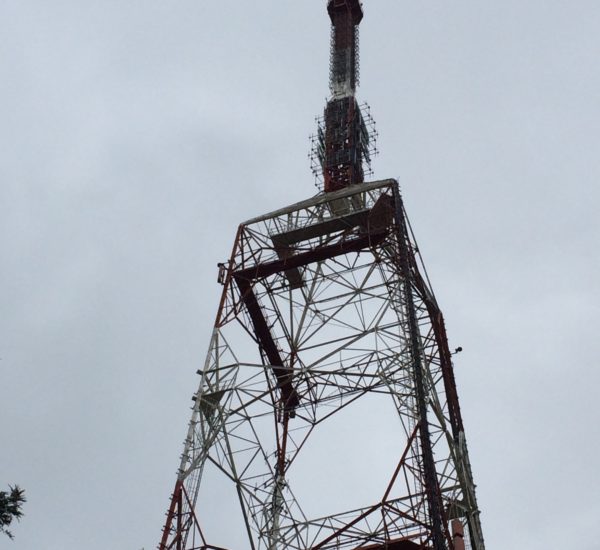 PrevPreviousKathrein Broadcast Italia name change
NextMount Royal station FM Antenna SystemNext
You are going to access the SIRA RADIO SYSTEMS' Website . This website uses cookies and asks your personal data to enhance your browsing experience. By entering this Website, you accept and consent to our  and to our use of Cookies.

Thanks to your interest in our company and in the services we provide.
Cookie SettingsAccept All
Revisit consent

This website uses cookies to improve your experience while you navigate through the website. Out of these, the cookies that are categorized as necessary are stored on your browser as they are essential for the working of basic functionalities of the website. We also use third-party cookies that help us analyze and understand how you use this website. These cookies will be stored in your browser only with your consent. You also have the option to opt-out of these cookies. But opting out of some of these cookies may affect your browsing experience.
Necessary Always Enabled
Necessary cookies are absolutely essential for the website to function properly. These cookies ensure basic functionalities and security features of the website, anonymously.
Functional
Functional cookies help to perform certain functionalities like sharing the content of the website on social media platforms, collect feedbacks, and other third-party features.
Performance
Performance cookies are used to understand and analyze the key performance indexes of the website which helps in delivering a better user experience for the visitors.
Analytics
Analytical cookies are used to understand how visitors interact with the website. These cookies help provide information on metrics the number of visitors, bounce rate, traffic source, etc.
Advertisement
Advertisement cookies are used to provide visitors with relevant ads and marketing campaigns. These cookies track visitors across websites and collect information to provide customized ads.
Others
Other uncategorized cookies are those that are being analyzed and have not been classified into a category as yet.
SAVE & ACCEPT